"Who Are You To Judge Me?" A Look At Judgment & Open Communication

It's an accusational question which shifts the focus away from the person being 'judged' to the person doing the 'judging'. And it asks the question, who are you, in all of your own supposed perfection, to judge me for my supposed faults (whatever they may be). It accuses a person of prejudice and, in a sense, demands that the person 'judging' stands on equal footing with the one being 'judged' in order to account for their right to hold said person up as an example for derision and contempt.

You see many discussions on prejudice, even on this blogsite. You see many statements on the fool heartedness of judging others, because of the equality of man. This is particularly true in debates of religion and/or political associations because they are hot topics which tend to be held close to the heart of the identities of people.

The point isn't where you stand and what you judge for, or the right or wrong of your stance. And its not about whether you are the one 'judging' or being 'judged'. But if the point isn't either of those things, what is it?

The point is to understand that it is human nature to judge. Its not a justification for contemptible, hypocritical, and/or prejudiced judgment. It is to say, despite our best efforts to the contrary, everyone judges on some level based on our experiences, morals, ethics, and ideals. And even those who observe without comment and love unconditionally have opinions and judgments.

So to lessen the blow of this act, what are the most important things to remember, for both the one 'judging' and the one being 'judged'? Because, inevitably, we all end up playing both roles within our lives at some point.

For The 'Judging' Party

1.The one you are holding up for judgment is, above all else, a human being, with faults, weaknesses, and most importantly, feelings. So as you judge them, despite their supposed offense, remember that all human beings are fallible creatures.

2. Remember that you who judge, will never truly know the full extent of the intentions and motivations behind another person's actions. All you have to judge upon is the physical tangible evidence of an action, not what lays behind that action, unless the person in question is willing to speak to their own defense. And even then, you will never know the true depths which motivated the action in question.

3. Judgment based on the perceived prejudices of one's own experiences limits not only the person being held up for examination but the one who is judging. What this means is that when you judge someone, for the example of being a different religion that you do not or your religion does not approve of, you limit both the other person and yourself. It is easier to judge others than it is to try and understand them.

4. The key to good and sound judgment is empathy. Without it, one becomes prone to falling into the recesses of prejudiced perceptions where in human judgment becomes divine or righteous commandment. In other words, it stops being about respecting different ways of life, and becomes about the 'right way', which in turn, is your way alone.

For the 'Judged' Party

1. Remember that everyone judges. Some do it in more perceivable ways than others. But everyone does it, none the less, even you.

2. The person judging you is a human being who is fallible. What this means is that everyone is given to falling into the recesses of prejudice at times. This is generally done for one of several reasons. One is ignorance or a lack of understanding. Another is fear due to ignorance. A third is a lack of empathy toward your own way of viewing the world.

Whatever the reason though, try to understand that the person who is judging you is a human being. This is not to justify their behavior or to say you should not stand up for yourself and/or your beliefs, though.

3. Judgment against judgment will never win a battle of wills. Asking the question, 'Who are you to judge me', will do nothing but bring more judgment down upon you.

4. Being open to and willing to help someone understand your perspective, even when they judge you and/or disrespect you, is the mark of one who can rise above the prejudicial judgments and arguments of others.

5. Acceptance that one can not always change the views of others, or help another person open themselves to respectfully understand another way of thinking, is important.

6. Empathy, even toward those who judge us and are prejudiced against us, is understanding which raises one above the prejudicial debate of right and wrong, brought on by a person's ignorance and insecurities.

On the reverse side of judgment is open communication. Lets also have a quick look at that to help balance out this discussion.

Open communication, instead of prejudicial judgment, relies on several things. Lets look at them.

Pay Attention
Active listening involves more than just hearing. It implies that you have the will to know and understand what the other party is expressing. For this we need to be sensitive and aware of not only the other party’s verbal language but their body language as well.

Ask
When you do not understand what the party is trying to express, it is best to ask questions until you completely understand. Do not be afraid of being seen as foolish. It is better to alleviate all doubts and misunderstandings in order to avoid future problems. If possible, paraphrase what you heard to see if what you understood is right.

Wait
This means keeping quiet at times in order to give others the opportunity to speak and say what they think or feel. When talking, people often tend to try and dominate the conversation; we even ask and respond to our own questions. Often we believe we know what the other party thinks, believes, and what their motives are without allowing the other party to express themselves. Also, when having a conversation, a quiet place and a peaceful state are needed in order to express our ideas and emotions.

Being able to listen with your heart is often called Empathic Listening. An extended definition of it says, Empathic listening (also called active listening or reflective listening) is a way of listening and responding to another person that improves mutual understanding and trust. Empathic listening is a specific category of listening in which people actively engage in dialogue at the affective level, with the listener attempting to understand and acknowledge the present feelings being experienced by the speaker.

The Benefits of Empathic Listening

Here is a list of benefits that arise through empathic listening. 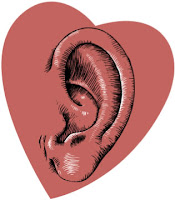 1. builds trust and respect,
2. enables the one in need to release his/her emotions,
3. reduces tensions,
4. encourages the surfacing of information
5. creates a safe environment for sharing and problem solving

The Process of Empathic Listening

1. Give the person you are connecting with your full attention. Remember that the person in front of you is your sole focus at this singular moment in time. Multitasking, is a great thing, but not appropriate when working empathically with another person, particularly when practicing empathic listening. Their problem is in your hands, so your understanding and your time are reversely in theirs.

2. Do not speak when the other person is in the middle of communicating their issue. Empathic listening means that it is your job to actually hear what is being said, and reach to the heart of the topic to achieve full understanding of the situation. In doing this you need to find out specifics such as who is involved, what the actual problem is, and what are the extenuating circumstances that circle the problem. All of this information goes to help you give the best informed resolution you can find. Without it, perhaps through the act of not listening closely enough, you might miss an intrinsic part of the problem.

3. Offer a summary of what you have heard to the speaker, when they are done talking. This means you take what you have heard and reword it, offering them a summarized version of what they have said. It need be no more than an outline going over all of the most important key points of their problem. This affirms to them that you were listening, and reaffirms to yourself what you heard. 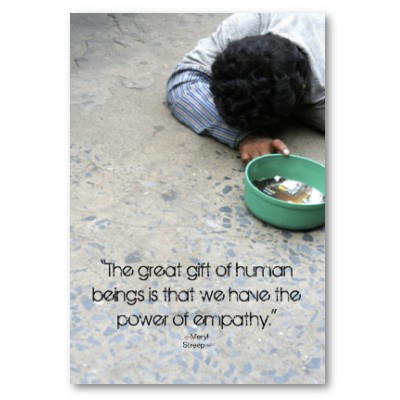