Microexpressions: A Tool For Empathy (Quizzes)

There are many aspects of human behavior which reinforce the gift of Empathy. Some of these are body language, verbal communication (what is said, how it is said, what context it is used in, the tone of voice used when it is said, the pitch of the voice, and so on), nonverbal communication (what is left unsaid but insinuated, body language, and so on), and something called Microexpressions.

In this discussions we will be focusing on Microexpressions. So lets take a deeper look at it, shall we?

A microexpression is a brief, involuntary facial expression shown on the face of humans when one is trying to conceal or repress an emotion. They usually occur in high-stakes situations, where people have something to lose or gain. Unlike regular facial expressions, few can fake a microexpression (it is possible to voluntarily stress some facial muscles to replicate micro-expressions). But, no one can fake above a certain extent, when questions are asked accordingly, and only trained professionals could ask the right questions at the right time, to get the true color out. Our brain can't process information fast enough to fake the right expressions, as we'll be very conscious not to execute the wrong expression, and with the right kind of interrogation, nothing can be hidden. They consist of and completely resemble the seven universal emotions: disgust, anger, fear, sadness, happiness, surprise, and contempt. Microexpressions can occur as fast as 1/25 of a second.

But first let me explain something before we get to the quizzes. These quizzes are based off of an important idea. There are seven kinds of microexpressions based on 7 different emotions. Humans share at least seven primary facial expressions with identical meanings:

1. Happiness. The expression for happiness involves raising the lip corners, raising and wrinkling cheeks, and narrowing eyelids, producing "crow's feet" (wrinkles in the corners of the eyes).
2. Sadness. This expression features narrowed eyes, eyebrows brought together, a down-turned mouth, and a pulling up or bunching of the chin.
3. Fear. In fear, the mouth and eyes are open, eyebrows are raised and nostrils are sometimes flared.
4. Anger. Anger involves lowered eyebrows, a wrinkled forehead, tensed eyelids and tensed lips.
5. Disgust. A look of disgust includes nose scrunching, raising of the upper lip, downcast eyebrows and narrowed eyes.
6. Surprise. Surprise appears with a dropped jaw, relaxed lips and mouth, widened eyes and slightly raised eyelids and eyebrows.
7. Contempt. Contempt is notable for its raising of one side of the mouth into a sneer or smirk.

Facial Expressions Test
Lie Detection Tests~ There are numerous noteworthy tests on this page. The one to note, as it pertains to this discussion, is number 2 called Microexpressions.

In this section we are going to look at some basic traits and expressions of the 7 different types of Facial Expressions to help you gain a better understanding of how to read this in people. 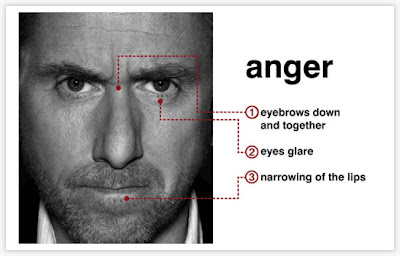 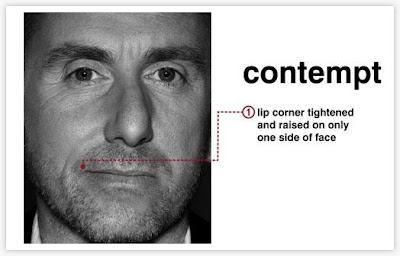 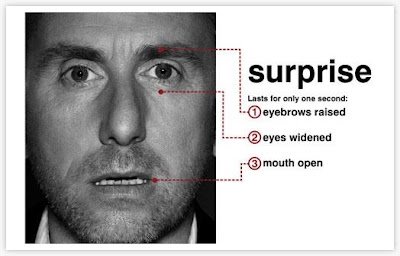 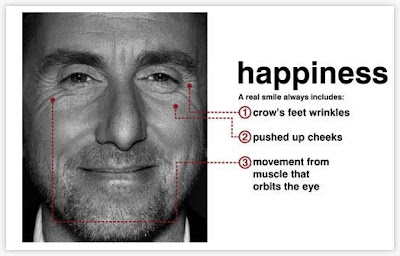 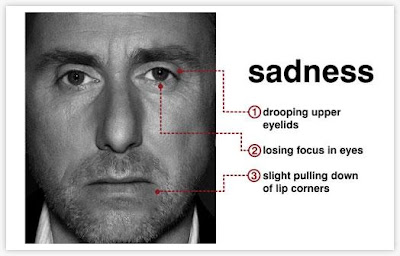 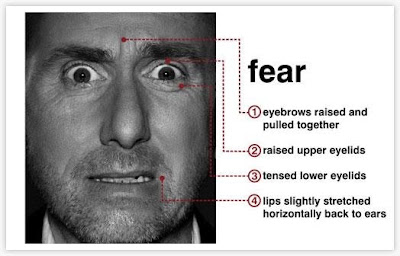 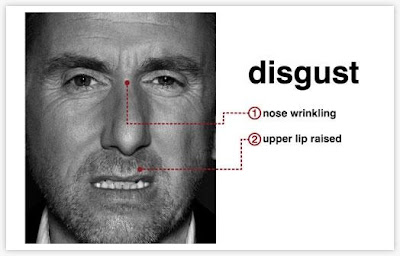 Once you've gone over these things, try going back to the quizzes again to see if you can more readily recognize the different facial expressions as they are shown to you.

Microexpressions As A Tool Of Empathy

While this is only an overview of how you can learn to read Microexpressions, it is a necessary tool for those who use Empathy on a regular basis, Empath or not. Because whether we are cognizant of these things consciously or unconsciously, our mind does pick up on them and reacts to them. Thus our behaviors and actions become reactionary to other people's moods and expressions.

Being able to do this consciously, instead of as an instinctive response, means you can utilize this tool as you interact with people. Does this mean you could potentially manipulate people? Yes it does. Does this mean you can potentially help and heal people? Yes it does. But this is based on your personal intent for using this application, and we are not going to dwell on the morality of this issue in this blog.

As Empaths, we utilize every possible tool and application at our disposal to read another person to the best of our abilities. Not only does this mean feeling the emotions of others, but it also means reading the verbal and nonverbal communication that is expressed from the other person. And the nonverbal communication encompasses things like body language, facial expressions, microexpressions, word usage and application, tone and pitch of voice, and so on.

So it is important to have at least a basic working knowledge of these things so you can recognize what you are doing when you interact with another person, particularly when you are in the process of empathizing with them. So think about it, study it, and discover the potential of the skills you already utilize unconsciously/instinctively.
Posted by Misu at 8:36 PM