This is a tough subject...probably because it touches so many of us at such a deep level.  Our spiritual beliefs are ones we hold close to our hearts and guard ardently.  They help define us and give our lives focus, meaning and purpose both as individuals and as communities.

And Empaths...well they come in all shapes and sizes when it comes to spiritual beliefs, from Christians to those who follow a more new age/metaphysical spiritual belief system...the range is endless.  You name it...and there is probably an Empath mixed in there somewhere.

Sitting here and thinking how best to say what I'm thinking...I think to myself that I can't tell you what to believe.  Because, in my own humble opinion, there is no right or wrong path...simply many paths to choose from.  But even that belief, the one that is mine, I do not wish to thrust on you.

And if I'm honest with...myself...and everyone else...I probably don't even want to touch this subject because its so diverse and open to heated debate.  And I have such deep respect for all faiths and spiritual beliefs, that....yeah, I don't wish to cause controversy.

But at the same time, what I do want to say, is that faith is something more than just about religion or spiritual beliefs. In fact it transcends those things in a way.  This is because there is faith in beliefs and then there is faith in yourself.  And while beliefs differ, believing in ourselves does not.  There we all stand in the same boat...as people with issues, problems, and pain.

I suppose its just different levels of the same thing, where in at one level you can see differences and at another you can't.  And when you strip away all of the differences, you have a very human level.  But at the human level, where it is about faith in ourselves, its also about faith in others.  And there in lays our connection....through empathy and compassion.

Alot of the time these things get confused because it is blinded by the differences.  It's hard to strip away those things to find the things that connect us to one another, because differences have been so ingrained in us that we tend to look for those instead of those connections.  But whether we see them or not...they do exist.

So as much as your religious and/or spiritual beliefs help define you and your purpose in life, you are more than that if you are willing to see it.  You are not just a label or a product of a belief system.  You're a human being.

There is this great saying that I love: You are a spiritual being having a human experience.  And it's so true, isn't it...whatever you believe.

But at the same time, and of equal importance, the same is true in the reverse.  We are human beings having a spiritual experience.  And what a precious experience that is, in its own way.  You get to experience emotions like love and passion.  You get to feel the connections that come with family and friends.  Sure, there is bad stuff too, but it's not all bad.

I suppose, as I said, its all about the level of connection you are willing to allow yourself to see.


There are more things in heaven and earth, Horatio,
Than are dreamt of in your philosophy.
~~ Hamlet Act 1, scene 5, 167
Faith comes in may shapes and sizes, just like Empaths,  and just like religious and spiritual beliefs.  And its not all about the spiritual.  Sometimes its simply about the very human connections we have.  ^_^ 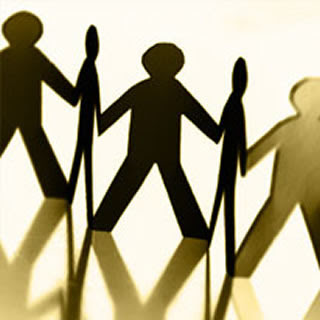